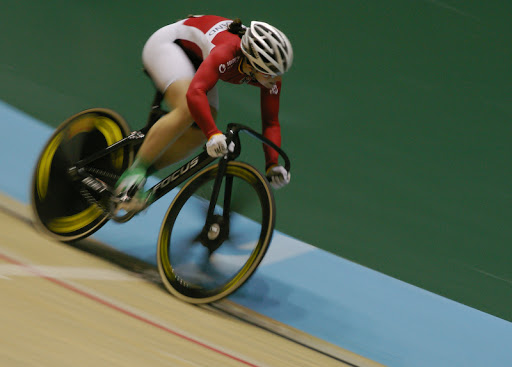 A velodrome is a steeply banked track for bicycle racing and recreation. Riding a velodrome is fun and exhilarating, and it is a safe place to ride, train, and race, removed from the hazards and concerns of public roads. 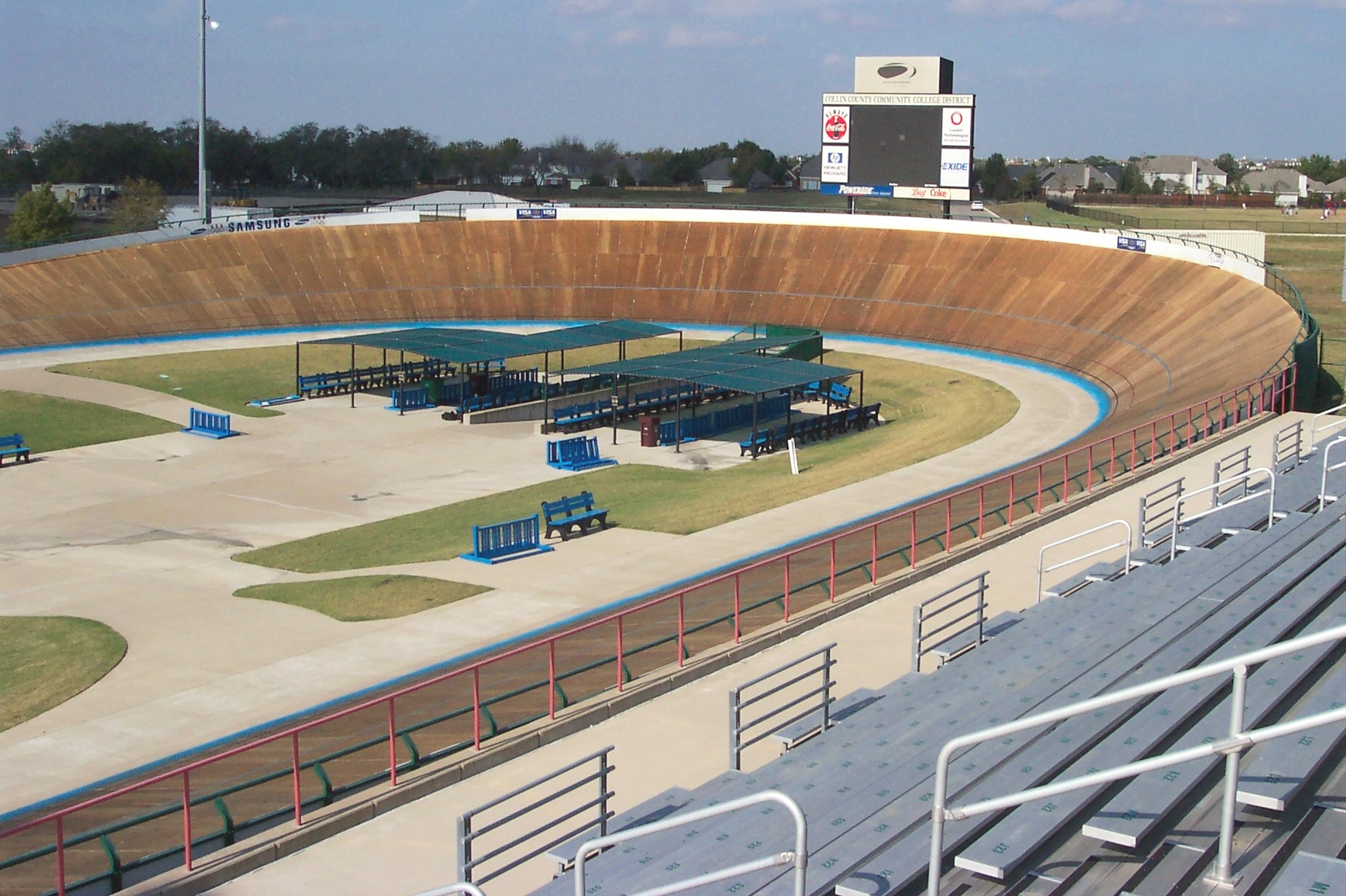 A quality, contemporary velodrome is long overdue for Marin, and the San Francisco Bay Area. 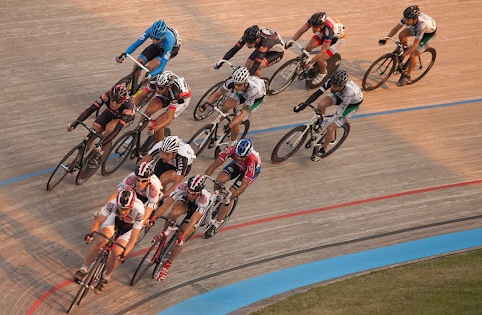 Velodrome track bicycling has been a Summer Olympic sport with numerous disciplines and events since the first modern Games in Athens in 1896, and it is now experiencing a resurgence and growth in popularity.

It is also an excellent spectator sport. Compared with road racing where crowds may only get one glimpse of racers going by, the velodrome captures all the action and is a great place to bring family or friends for sporting entertainment.

The Marin County Velodrome Association (M.C.V.A.) was formed along with Velo Club Tamalpais (V.C.T.), which is now famous and acclaimed as the birthplace of the modern Mountain Bike. Its purpose was to promote and realize the building of a Velodrome in Marin County, CA. 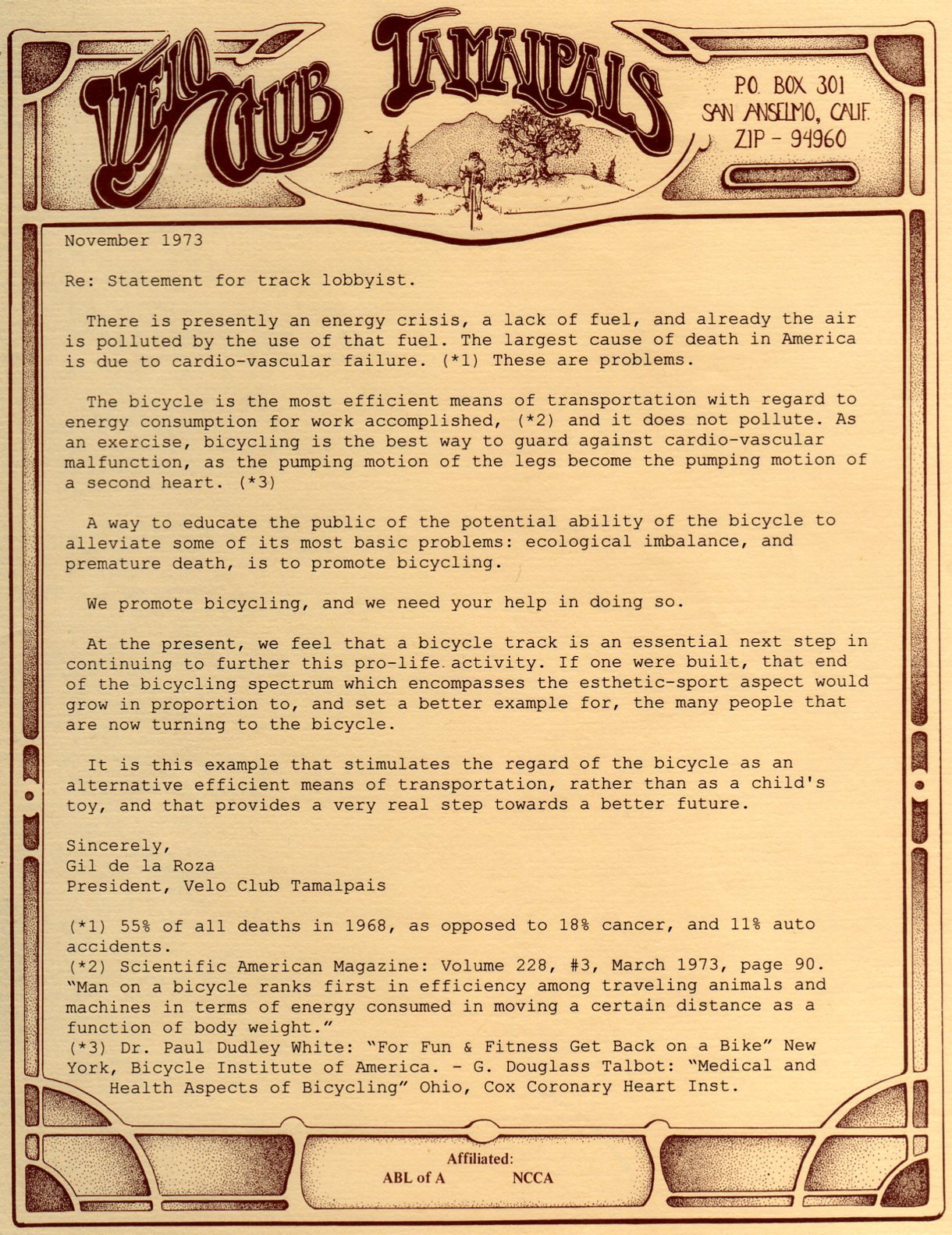 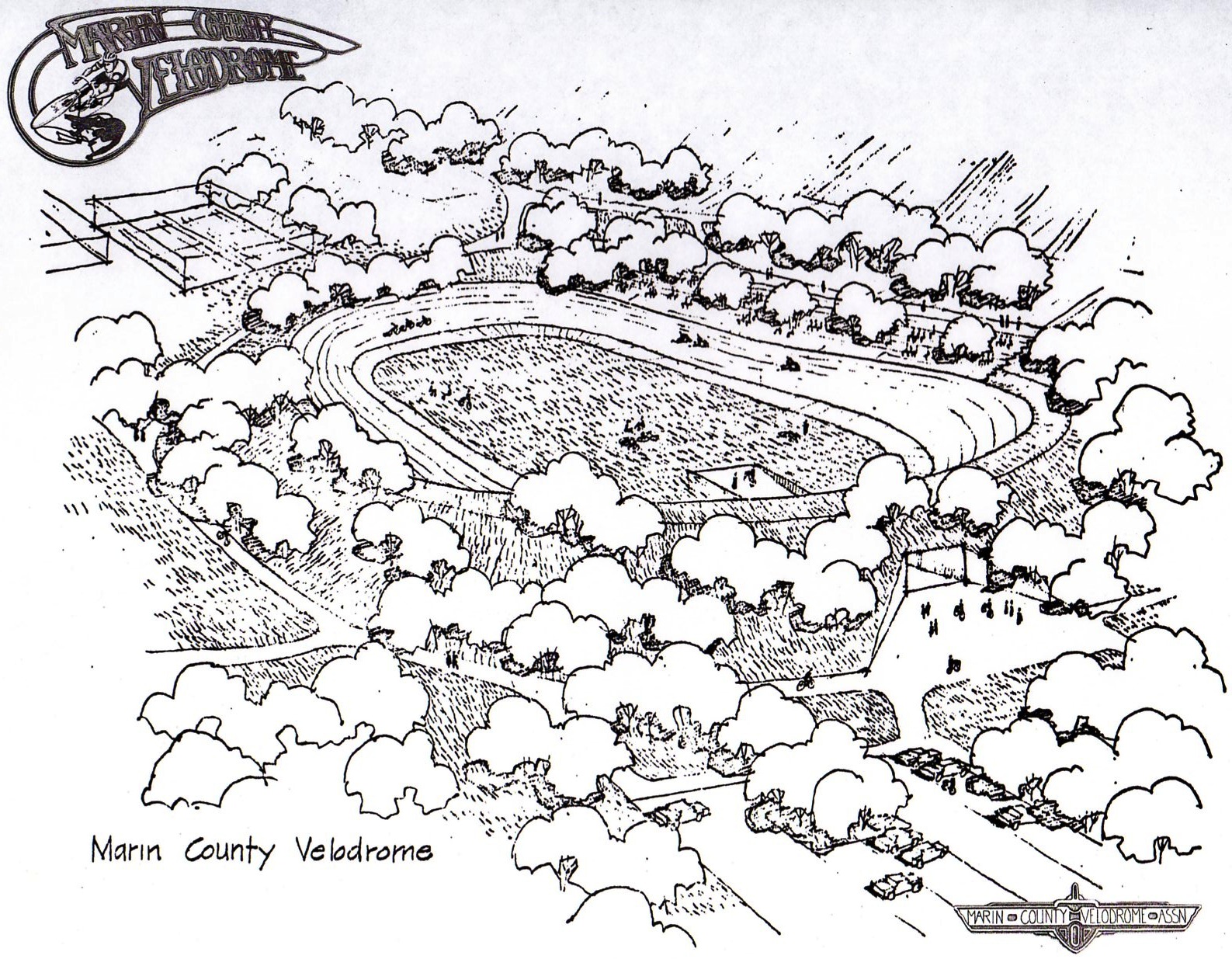 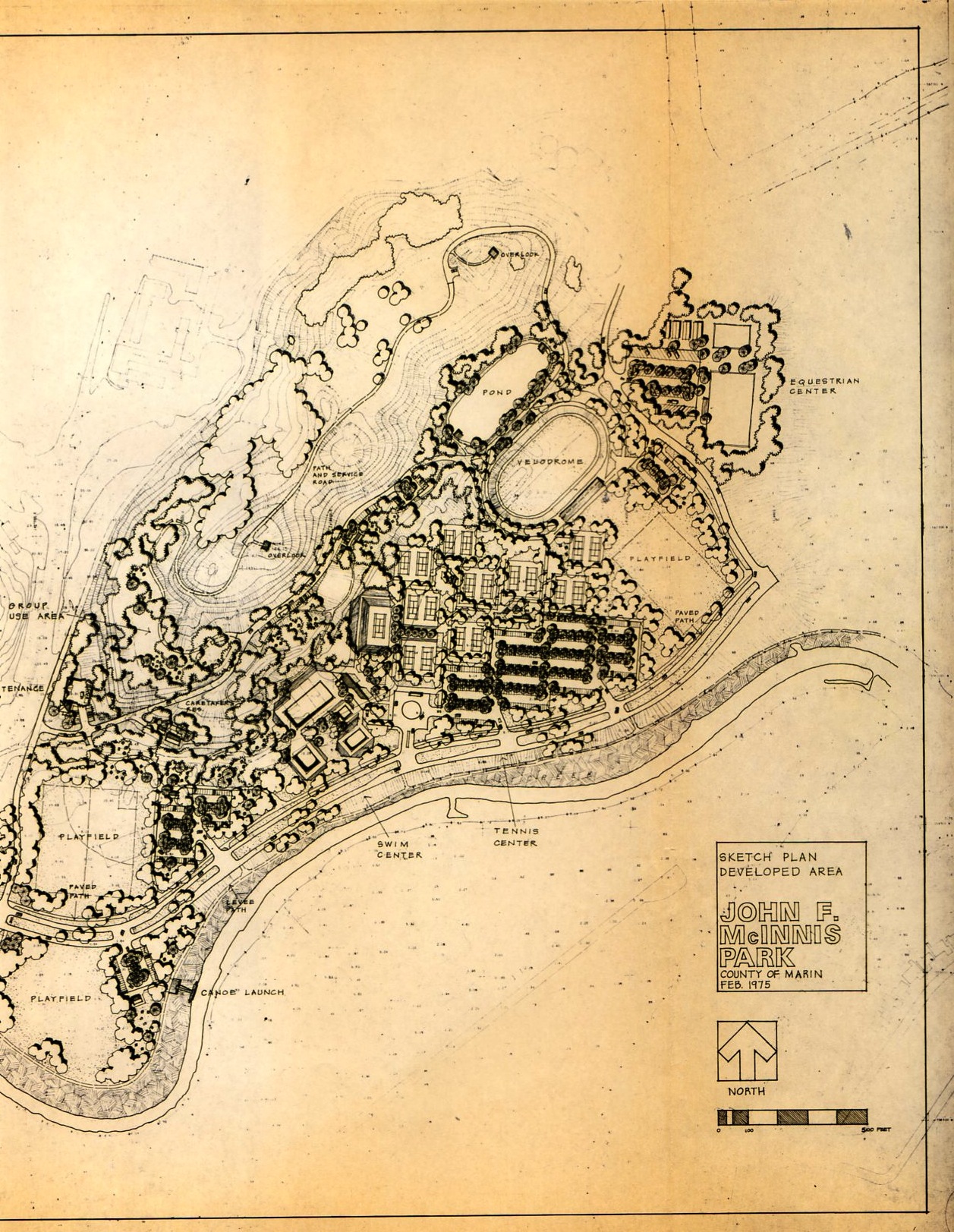 Due to a lack of funding, the land was re-designated for other purposes.

For many years, the M.C.V.A. functioned primarily as a producer of bicycle races and events, in an effort to “keep the dream” alive. 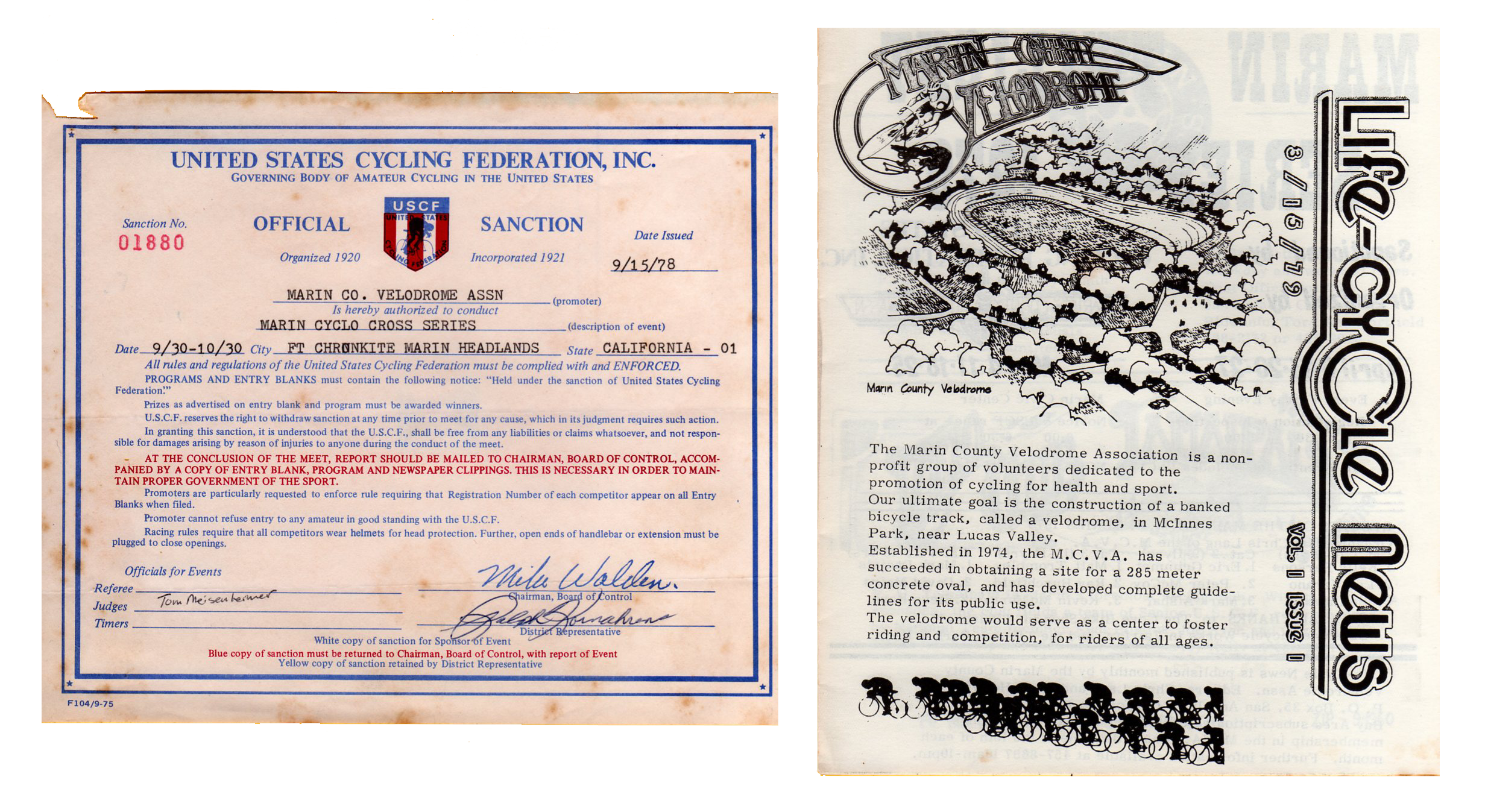 The M.C.V.A. has a solid history of successful community involvement, including producing seventeen Tour of Marin Bicycle Races. 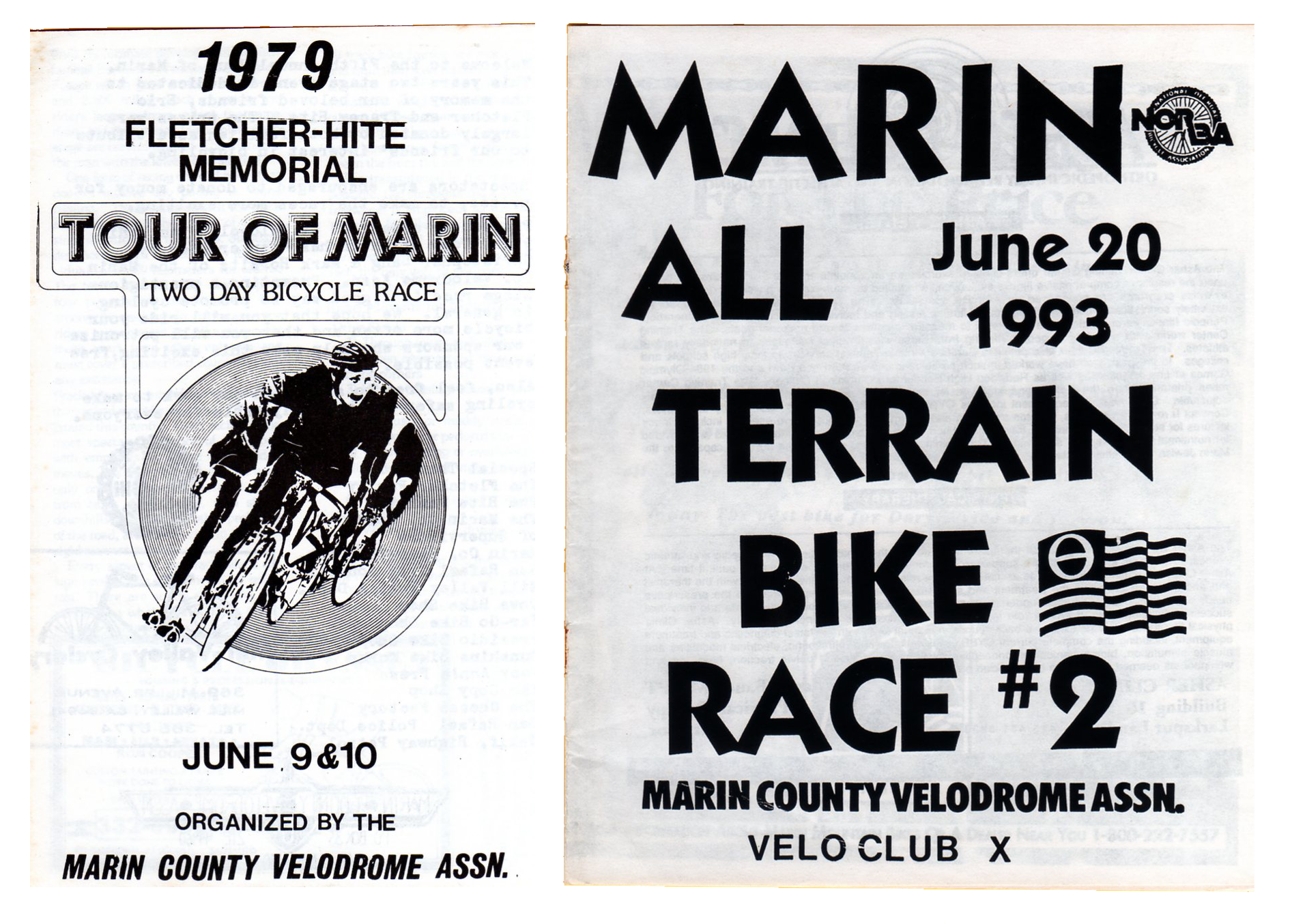 Good things are worth waiting for.

Now is the time for the Marin County Velodrome Association and the community that supports it to get “back on track,” and build a velodrome in Marin County, California. 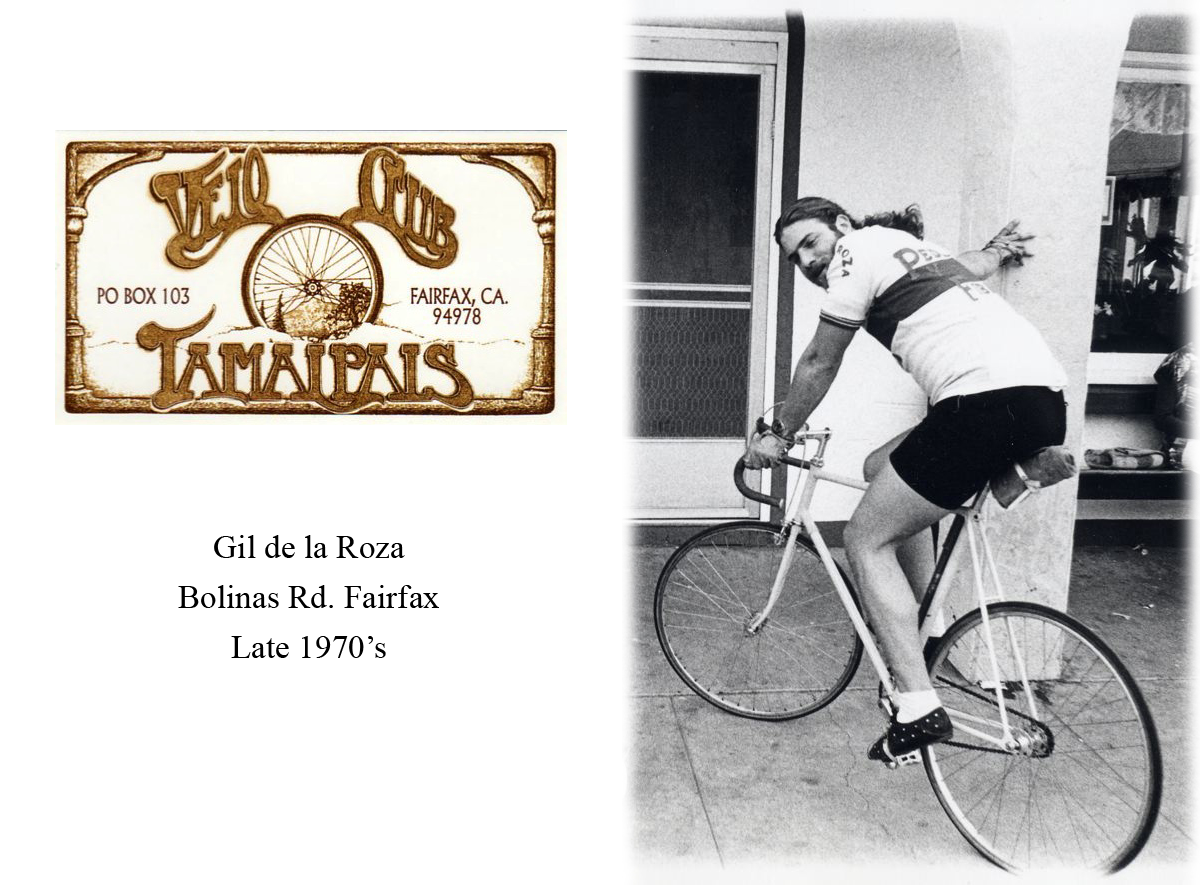 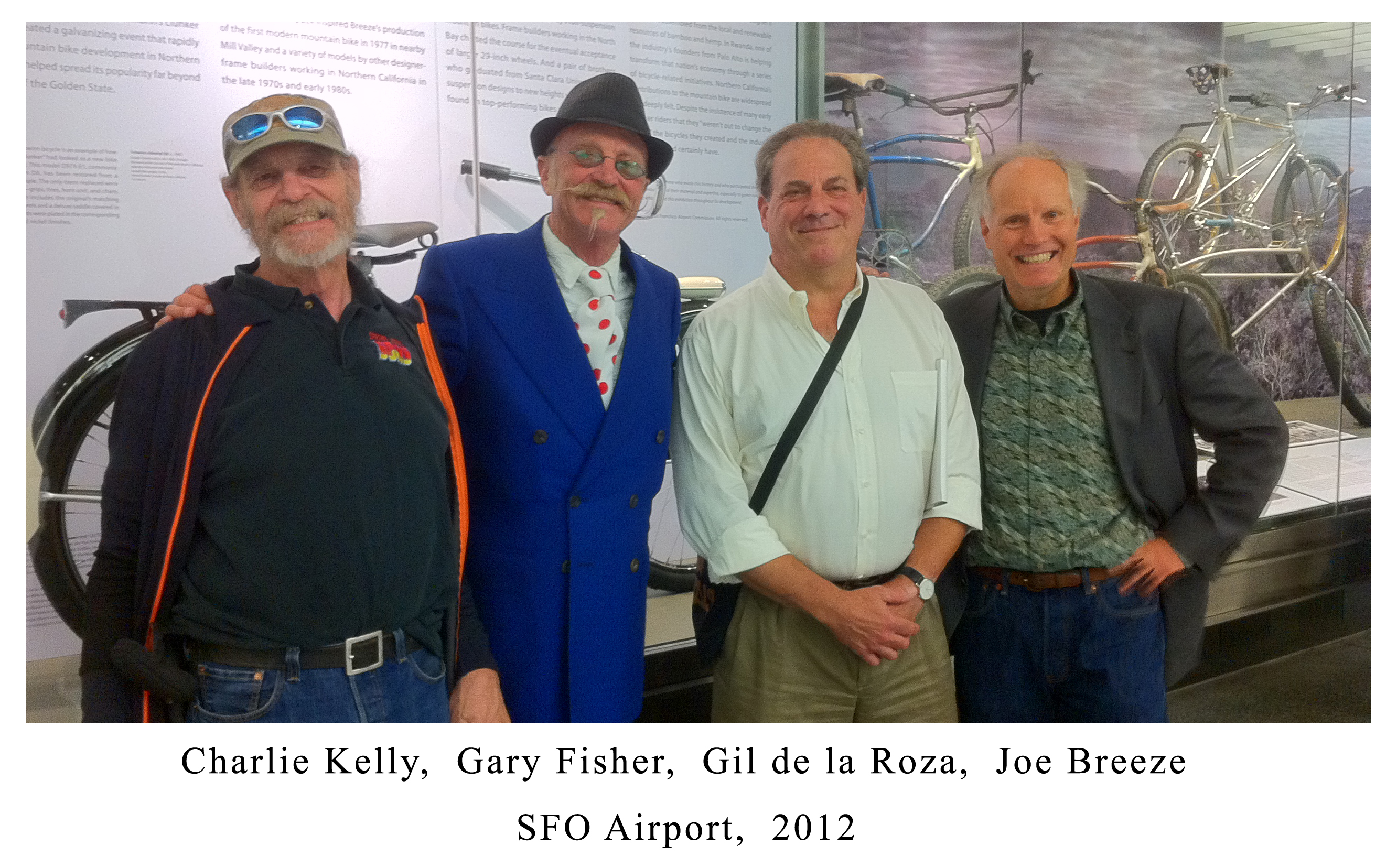 With the addition of Gil de la Roza as Executive Director, the Marin County Velodrome Association is now shifting its focus from promoting races and community events, and is returning to its roots as a dedicated advocate for the building of a velodrome in Marin.

Working with other visionaries, it is anticipated that the funding will be obtained, and a contemporary velodrome for Marin, and the San Francisco Bay Area will be realized.

Please support our effort to build a velodrome in Marin now. 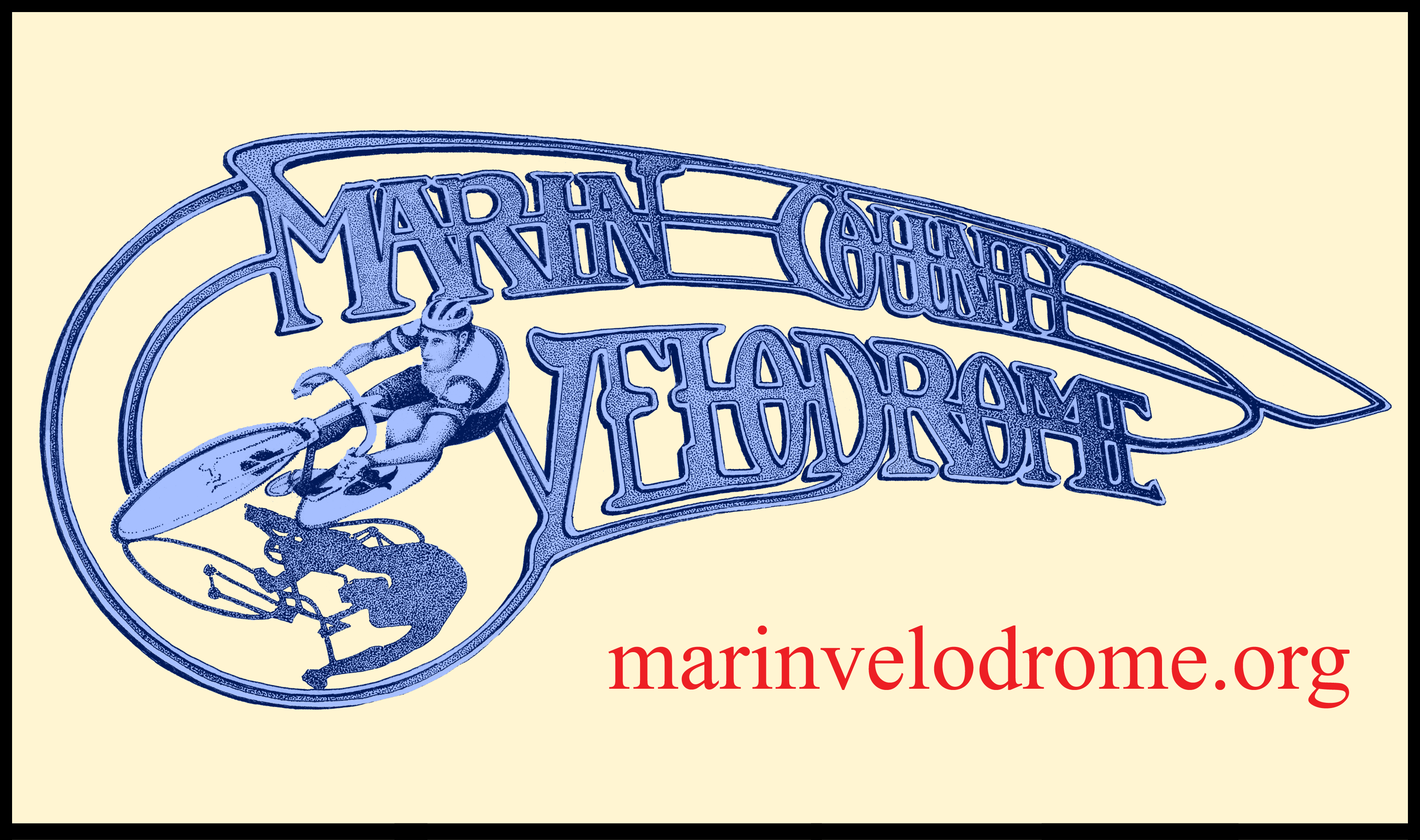