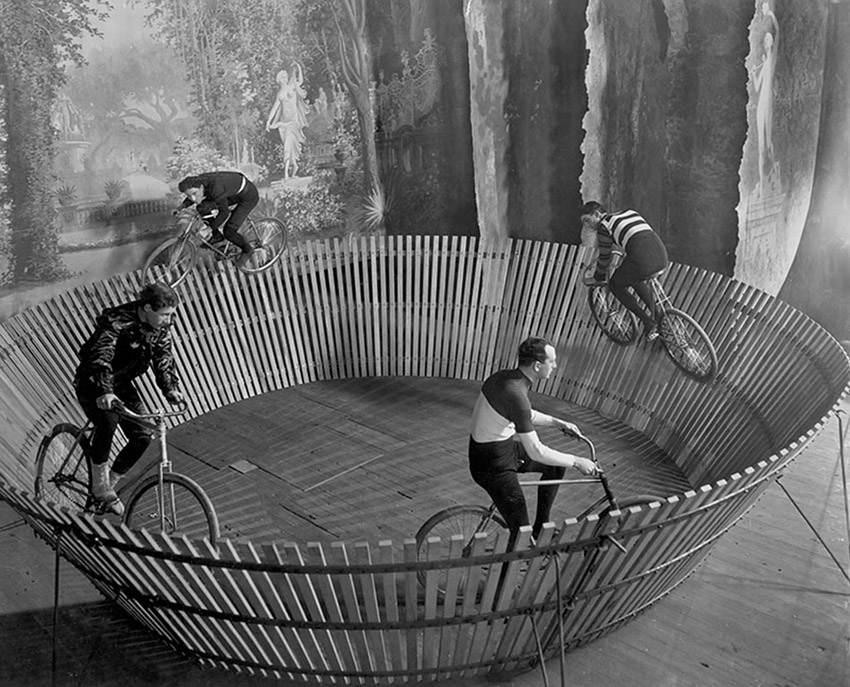 The “7 Gaynells” performed in furiously exciting races between from two to seven riders on an open fence track only 5 feet high and 20 feet in diameter pitched at the acute angle of 70 degrees. They also performed marvelous track and fancy riding. Their track became affectionately known as: The “Whiskey-drome”.
WHISKEY-DROME FOUND! 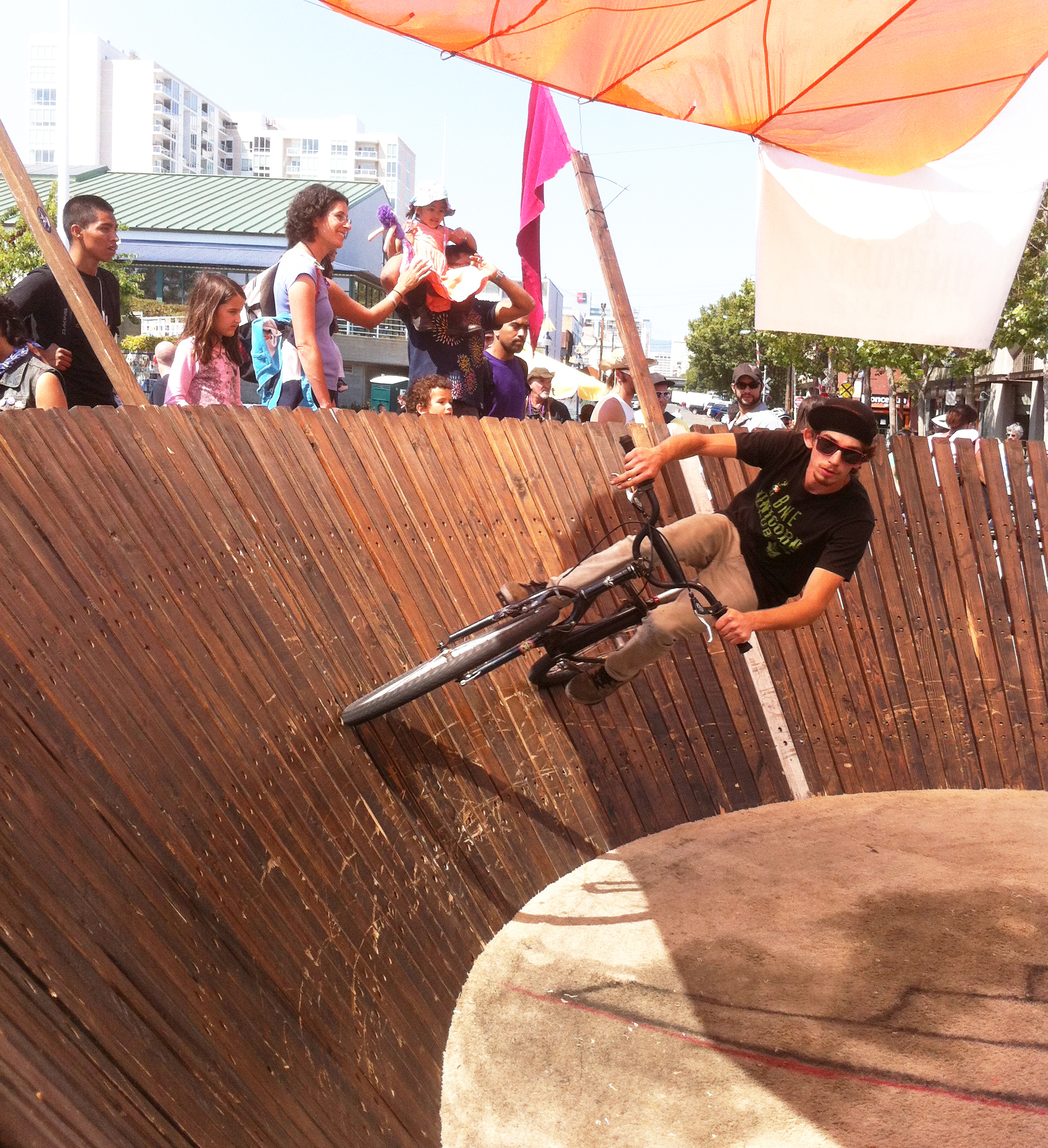 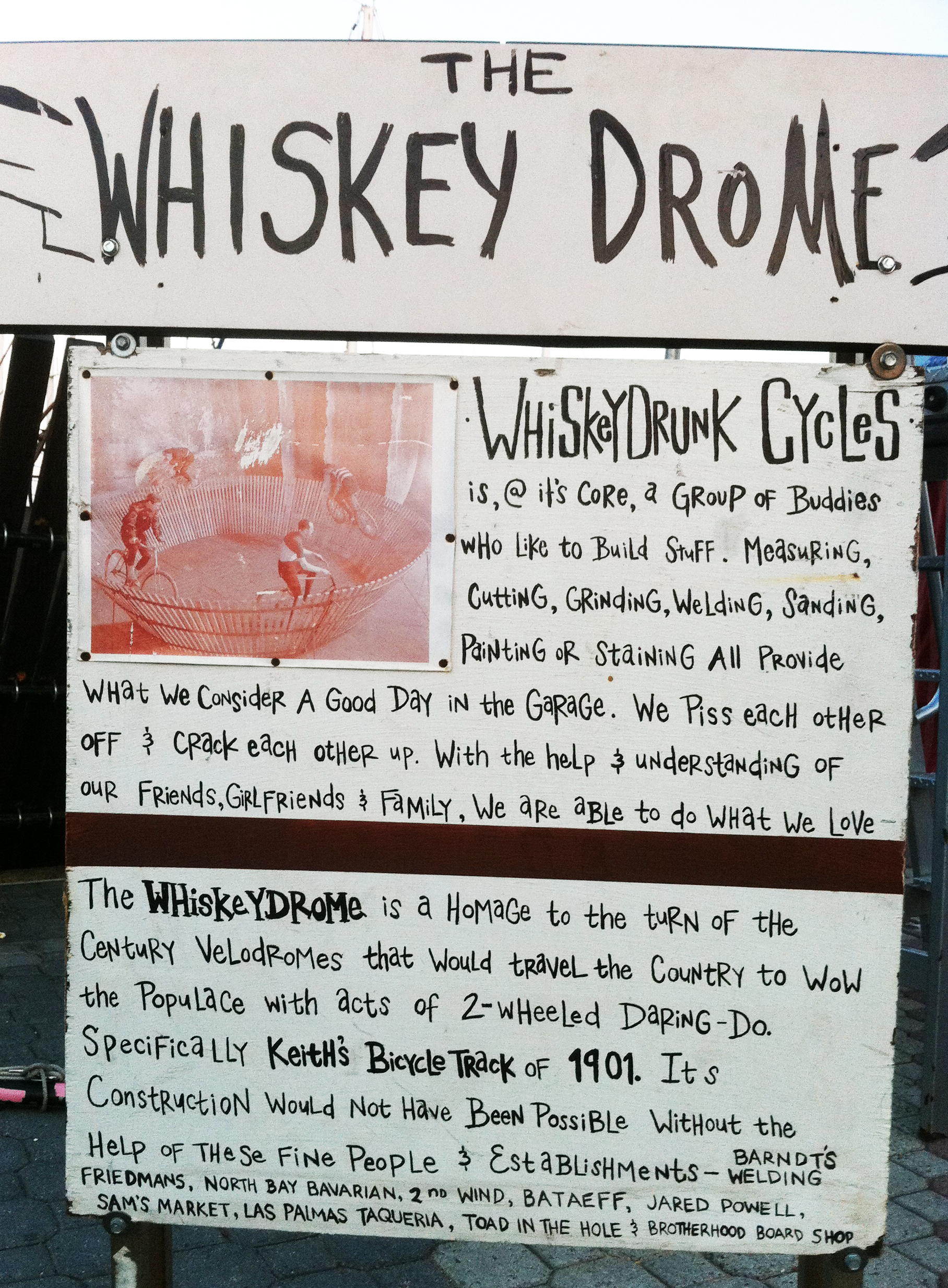 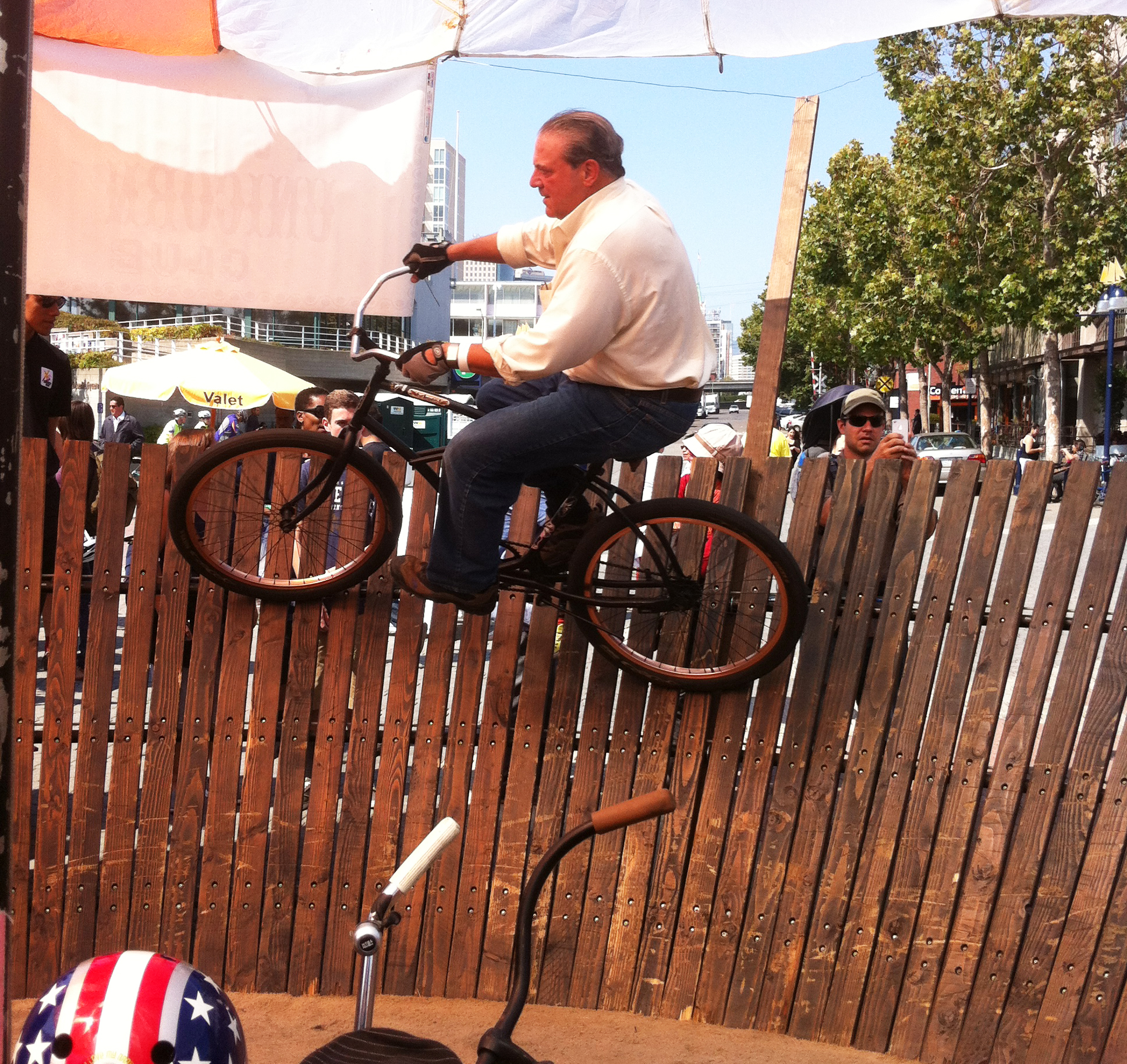 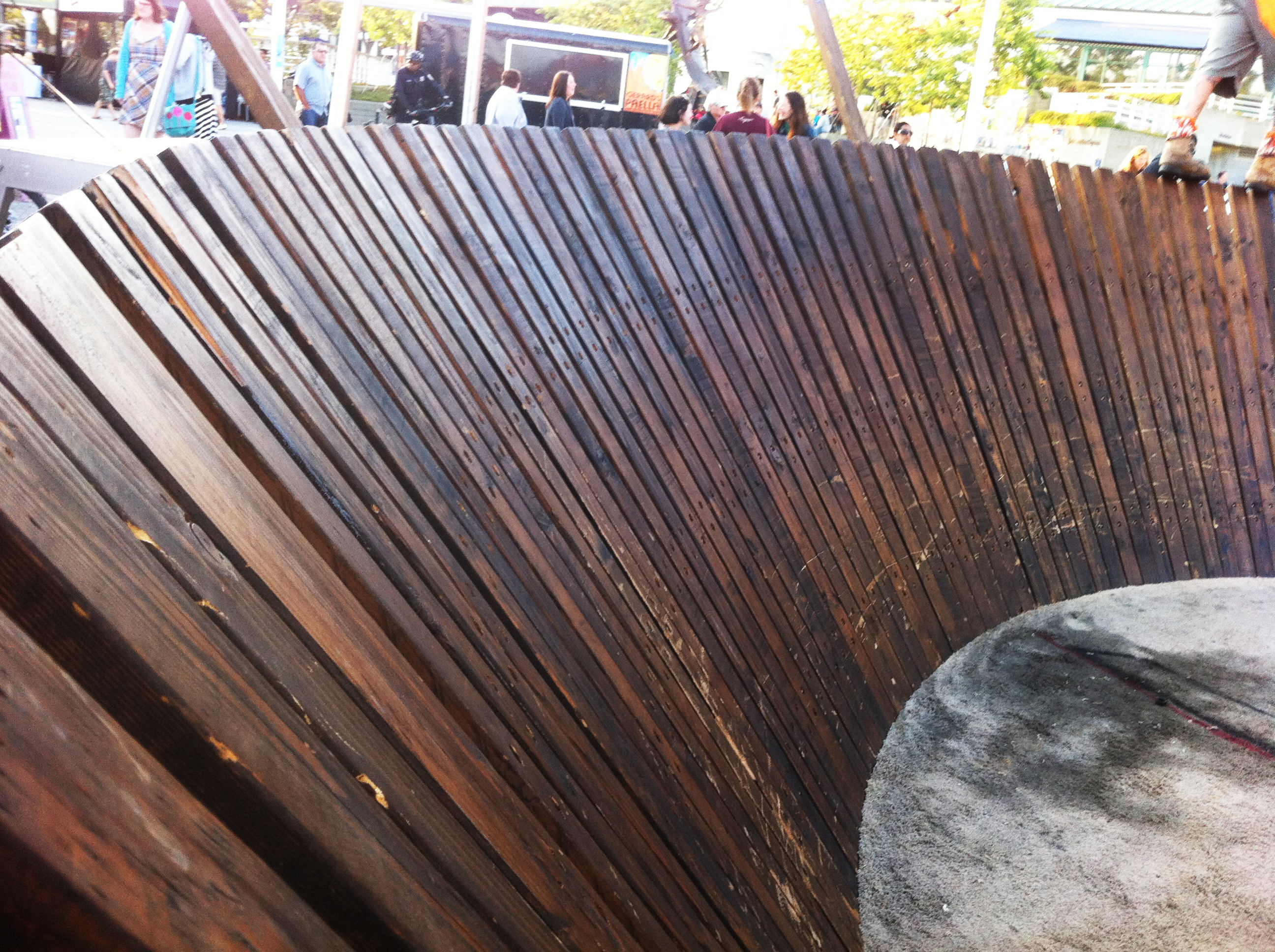 The famous Whiskey-drome has been re-created by a group of Sonoma County artisans: Whiskeydrunk Cycles and the Fun Bike Unicorn Club. It was built slightly larger than the original, and was featured Saturday, July 20th at the Pedal-Fest at Jack London Square, Oakland, Ca.

The people who run it are great. They ride the Whiskey-drome with skill and daring, and encourage spectators to choose from a wide assortment of bicycles, and give it a try. Especially notable, is that they get little kids (who basically are very trusting and have no fear) up and riding. They had a little girl, (who is in the second picture above: second from left) on a little pink bike riding around the “track” on her own! After she tried to make the transition 3 or 4 times and got “bumped” back one of the guys just sort of ran beside her, lifted her “up” through the transition, and ran around holding her and the bike until she was stable and secure, and off she went! It was inspiring. The end of her ride was about the same in reverse.

The Whiskey-drome is truly fun, and safer than it looks. It is the only one in the U.S.A. Recently, there was another one built in North Hampton, U.K. Called the Bomber Drome. The build process is described in issue #11 of Boneshaker Magazine.